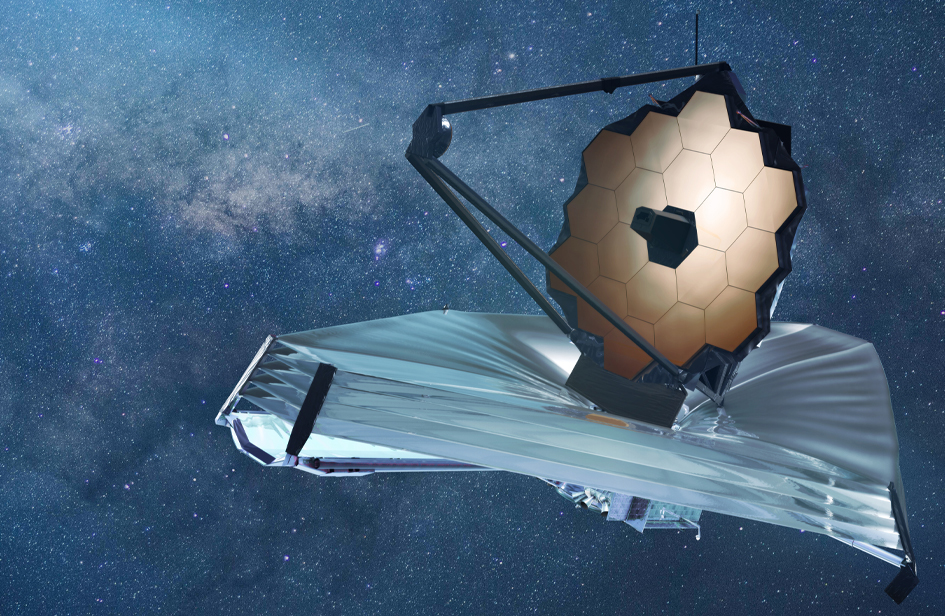 The James Webb Space Telescope was launched on schedule from French Guiana  The amazing Space Telescope has stationed at the langrage point L2 about 1.5 million km from Earth. The machine is like origami, and it will unfold at its destination, very far from earth. This telescope may be the most important thing to happen in a long while. This machine may be able to eventually image other star systems, and their worlds. We may be able to detect through spectral analysis, the atmosphere makeup of worlds within another star systems. We might be able to see lights on the dark side of these worlds, if there are any.

This time machine, the James Webb Space Telescope, is many more times more powerful than Hubble, or the other Space Telescopes currently in operation. We may be able to visualize much further back in time than ever before, and with greater clarity. Perhaps we will be able to see other machines in space, ancient stellar size machines designed by old civilizations that long ago had become extinct. December 18th 2021 launch date - Join us for a live event December 18th on our YouTube channel.

The modes of Webbs NIRISS

Webb’s NIRISS
The Webb team continues to commission the 17 science instrument modes. This week we asked Nathalie Ouellette of the Université de Montréal to give more detail about the modes of the Near-Infrared Imager and Slitless Spectrograph (NIRISS), Canada’s scientific instrument on Webb. NIRISS will be able to capture both images and spectra from different types of celestial objects in near-infrared light, at wavelengths up to 5.0 microns. The NIRISS team has developed four instrument modes to collect different kinds of data that are well-suited for different targets and scientific objectives The SOSS mode on NIRISS allows the Webb telescope to obtain high-precision spectra from one bright object at a time. This mode is optimized to carry out time-series observations, which are ideal for studying a phenomenon that changes over the length of a typically hours-long observation, such as an exoplanet transiting in front of its host star.

Geekgroup is the parent company of Computer Guy PC Solutions, CGPC Solutions, and Ballista Creative. Geekgroup creates beneficial technology products, and provides support services. We have been providing technology support, and products for individuals and business for 30 years. Based in Philadelphia and servicing clients across the country, we have established a reputation of dependable, honest, and personalized services while maintaining an A + Better Business Bureau rating.